Computer Graphics is about digital models for threedimensional geometric objects as well as images. These shapes and images may represent approximations of the real world or could be synthetic, i.e., exist only in the computer. Goals of computer graphics research are the generation of plausible and informative images, and computation with reasonable resources, i.e. in a short amount of time with little storage requirements. The models and algorithms for this task combine knowledge from different areas of mathematics and computer science..

We present an approach to alter the perceived appearance of physical objects by controlling their surrounding space. Many real-world objects cannot easily be equipped with displays or actuators in order to change their shape. While common approaches such as projection mapping enable changing the appearance of objects without modifying them, certain surface properties (e. g. highly reflective or transparent surfaces) can make employing these techniques difficult. In this work, we present a conceptual design exploration on how the appearance of an object can be changed by solely altering the space around it, rather than the object itself. In a proof-of-concept implementation, we place objects onto a tabletop display and track them together with users to display perspective-corrected 3D graphics for augmentation. This enables controlling properties such as the perceived size, color, or shape of objects. We characterize the design space of our approach and demonstrate potential applications. For example, we change the contour of a wallet to notify users when their bank account is debited. We envision our approach to gain in importance with increasing ubiquity of display surfaces.

We define Voronoi cells and centroids based on heat diffusion. These heat cells and heat centroids coincide with the common definitions in Euclidean spaces. On curved surfaces they compare favorably with definitions based on geodesics: they are smooth and can be computed in a stable way with a single linear solve. We analyze the numerics of this approach and can show that diffusion diagrams converge quadratically against the smooth case under mesh refinement, which is better than other common discretization of distance measures in curved spaces. By factorizing the system matrix in a preprocess, computing Voronoi diagrams or centroids amounts to just back-substitution. We show how to localize this operation so that the complexity is linear in the size of the cells and not the underlying mesh. We provide several example applications that show how to benefit from this approach.

Slicing is the procedure necessary to prepare a shape for layered manufacturing. There are degrees of freedom in this process, such as the starting point of the slicing sequence and the thickness of each slice. The choice of these parameters influences the manufacturing process and its result: the number of slices significantly affects the time needed for manufacturing, while their thickness affects the error. Assuming a discrete setting, we measure the error as the number of voxels that are incorrectly assigned due to slicing. We provide an algorithm that generates, for a given set of available slice heights and a shape, a slicing that is provably optimal. By optimal we mean that the algorithm generates sequences with minimal error for any possible number of slices. The algorithm is fast and flexible, it can accommodate a user driven importance modulation of the error function and allows the interactive exploration of the desired quality/time tradeoff.
We can demonstrate the practical importance of our optimization on several 3D-printed results.

The technical background is described in a paper that now appeared in ACM TOG. 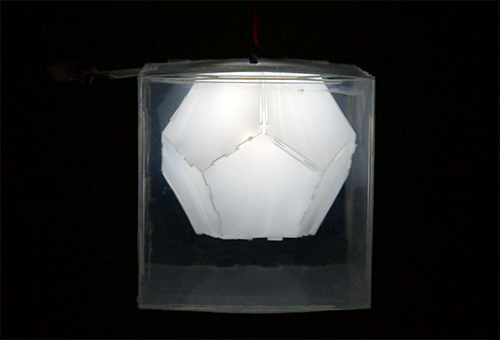 Our work was featured on Fast Company Co.Design, Vice Motherboard and Futurism. 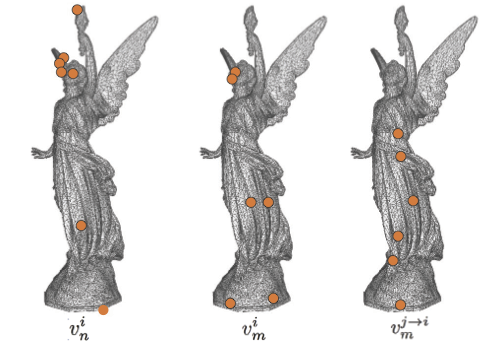 We investigate human viewing behavior on physical realizations of 3D objects. Using an eye tracker with scene camera and fiducial markers we are able to gather fixations on the surface of the presented stimuli. This data is used to validate assumptions regarding visual saliency so far only experimentally analyzed using flat stimuli. We provide a way to compare fixation sequences from different subjects as well as a model for generating test sequences of fixations unrelated to the stimuli. This way we can show that human observers agree in their fixations for the same object under similar viewing conditions – as expected based on similar results for flat stimuli. We also develop a simple procedure to validate computational models for visual saliency of 3D objects and use it to show that popular models of mesh salience based on the center surround patterns fail to predict fixations.

Learning expressive curve styles from example is crucial for interactive or computer-based narrative illustrations. We propose a method for online synthesis of free-hand drawing styles along arbitrary base paths by means of an autoregressive Markov Model. Choice on further curve progression is made while drawing, by sampling from a series of previously learned feature distributions subject to local curvature. The algorithm requires no user adjustable parameters other than one short example style. It may be used as a custom “random brush” designer in any task that requires rapid placement of a large number of detail-rich shapes that are tedious to create manually.

We consider the problem of manufacturing free-form geometry with classical manufacturing techniques, such as mold casting or 3-axis milling. We determine a set of constraints that are necessary for manufacturability and then decompose and, if necessary, deform the shape to satisfy the constraints per segment. We show that many objects can be generated from a small number of (mold-)pieces if some deformation is acceptable. We provide examples of actual molds and the resulting manufactured objects.